Why Baby-Led Weaning: How & When to Start, Foods To Avoid & Safety 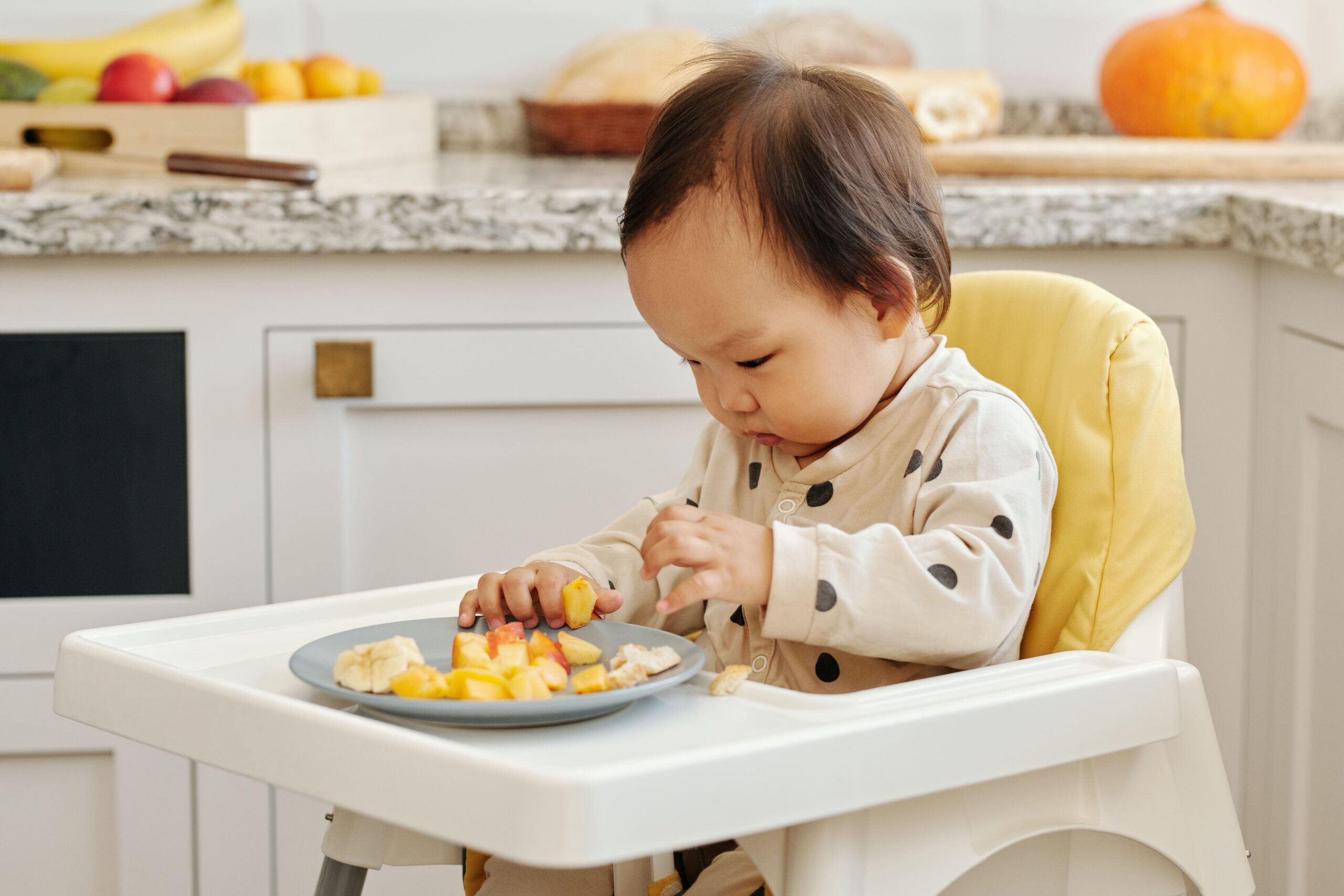 Why Baby-Led Weaning? One of the most significant milestones in a child’s life is when they start eating solids and experiencing flavors and textures that up until that point were non-existent to them.

Traditionally, babies begin to eat cereal and pureed solid foods during this stage and are spoon-fed by an adult. But baby-led weaning is a relatively new trend where babies skip the mushed food and go straight to grabbing stalks of soft fruits, vegetables, and meats, depending on the stage they’re at.

Specialists in baby-led weaning understand that by self-feeding, babies create a healthier relationship with food and can regulate themselves better regarding what to eat and how much.

For years mothers have been raving about baby-led weaning and how effective the method is. However, there’s no extensive scientific research on the topic, and there are still many parents who opt to use the traditional weaning approach.

Let’s dive into the world of baby-led weaning so you have all the information you’ll need when choosing how to introduce solid foods to your child.

Baby-led weaning, or BLW, is the method where, instead of spoon-feeding cereals and purees to your baby, you present them with finger foods or sticks of soft food by placing them on a tray, allowing them to feed themselves.

The reason it’s called baby-led weaning is because the baby leads their feeding process, eating at their own pace and stopping when they’re satisfied. In traditional weaning, as a parent, you can feed them quicker and maybe more than the baby actually needs because you’re the one who decides, not the child.

The fact that the baby chooses how much to eat and when to stop can cause concern among many parents who believe that the baby is not eating enough. It’s important to remember that even after the baby starts eating solid food, their main nutrition source remains breast milk or formula for at least their first year of life.

Among the numerous benefits of baby-led weaning, one of the most significant is developing fine motor skills, which are needed to develop the pincer grasp, which is an important milestone for every child.

Also, baby-led weaning promotes the correct development of hand-eye coordination, chewing skills, and dexterity. Regarding eating habits, this technique promotes a more cohesive experience since the babies have the chance to explore the different flavors, textures, aromas, and colors from a wide variety of foods.

Research suggests that babies who start baby-led weaning have better self-regulation skills since they learn from an early age to stop eating once they feel satisfied, which can be in contrast to those who have been introduced to solid foods in a more traditional way. BLW has been shown to have a positive impact in reducing child obesity.

Another plus side of baby-led weaning is that, since the child gets to try the food in its natural form, they get to know and understand it better, which allows them to have more informed food preferences, eating habits, and palates. Contrary to baby food (especially store-bought), where fruits and veggies are often mixed, and flavors can be confusing.

However, baby-led weaning is not suitable for every baby. If your child has developmental delays or any neurological issues, a more traditional approach is recommended. Premature babies also have an adjusted developmental milestone schedule, so they might not be ready to start baby-led weaning at the same time a full-term baby is and may have different caloric needs during the first year.

Consult your pediatrician before you start baby-led weaning to ensure this is the right choice for your specific case.

When to start baby-led weaning

Most babies are introduced to solid food around the 6-month mark, either traditionally or with baby-led weaning.

However, if you choose you to want to try baby-led weaning instead of spoon-feeding them, you have to make sure that your baby can sit up without support and has good neck strength, can grab objects to put in their mouth, and that they open their mouths when you offer them food. It’s also essential that the child can move food to the back of their mouth with up and down jaw movements.

By this time, most babies show interest in food and have lost the tongue-thrust reflex. This normal reflex happens to babies whether they’re bottle-fed or exclusive breastfeeding, and that goes away as they develop swallow and speaking patterns.

Those are considered signs that the baby is ready for baby-led weaning.

How to start baby-led weaning

There’s a list of foods suitable for baby-led weaning because they can be introduced in the appropriate sizes and have textures that reduce the choking risk. It’s important that while the baby is self-feeding, an adult must be present at all times to make sure they don’t choke on anything, especially at the beginning when the baby is still learning to chew and swallow.

While the baby will still be receiving most of their nutrition intake from breastfeeding or formula, the idea is that it should be gradually reduced as they increase the intake of solids. Always consult with your pediatrician before suspending breast milk or formula for your baby.

Baby-led weaning foods to begin the process include:

When choosing baby-led weaning foods, include iron-rich foods because this nutrient is responsible for boosting your baby’s growth and development. Iron can be found in meat, eggs, fish, and beans.

The food should be presented as finger foods so the baby can pick it up and hold it before taking it into their mouths to mash with their gums (yes, babies can chew with their gums until they get all their teeth).

For those foods like yogurt and oatmeal that require spoon-feeding, there are utensils such as spoons and forks that are chunky and can be used by your child to self-feed.

When you have the food ready for your baby to eat, you place it in front of them so they can freely grab it and start feeding.

When introducing solid foods to a baby, certain foods must be avoided no matter the weaning method you choose because they represent a health risk for your little one.

Food allergies are a concern among doctors and parents alike, so food such as honey and nuts should be approached with caution and are not recommended to be introduced until the child is at least 12 months old.

Eggs should be completely cooked to prevent salmonella, which is a serious bacterial infection, for a baby, and unpasteurized dairy products, hot dogs, and cold cuts can contain listeria, another bacteria that can make your baby very ill. Hence, it’s best to avoid them altogether.

Low-fat products are typically low in nutrients and contain high levels of sugar and salt, besides being highly processed. Also, remember that babies require a higher percentage of calories from fat than adults, so those food groups are not intended to be consumed by babies.

Pay attention to how you present baby-led weaning foods to your baby. They should be able to chew them with their gums before swallowing, so hard raw foods such as raw apples, carrots, celery, and broccoli stems, among others, need to be softened (steamed, slightly boiled, or baked) before giving it to your child.

You should not give a baby any whole food (whole bananas, whole strawberries, whole grapes, or nuts) but rather cut it into manageable pieces.

Once you notice your baby is ready to begin led weaning and your pediatrician has greenlighted you, take into consideration the following things that may happen:

One of the main concerns most parents have about baby-led feeding is the risk of choking, and many decide on the traditional approach because this isn’t a concern with spoon-fed babies.

Research about baby-led weaning has shown that, as long as a responsible adult is watching while the baby learns how to grab, chew and swallow solid food that has been prepared to allow them to do so, the risk of choking doesn’t actually increase.

Whether you choose the baby-led approach or spoon feeding, babies instinctively gag when they first start solids. This may alarm most parents, but it’s a normal reflex as they get used to eating solids.

The motion of gagging brings the food forward inside the child’s mouth so they can chew it properly and swallow it in smaller amounts. Once they get the hang of it and learn how to chew and swallow properly, the gag reflex will decrease.

Babies can also gag because they’re experiencing new flavors and textures, but that too is temporary.

Gagging and choking are not the same thing. When a baby gags, they push their tongue forwards or out of their mouth. They may also retch to bring the food forward, and their eyes may water a bit. Sometimes they may cough or vomit. Don’t panic; allow them to cough and do their thing, it’s all part of the process.

However, when the child is choking, you’ll notice they’re not able to cry, cough or gasp and can make odd noises or no sound when they open their mouth. In that case, you need to perform baby choking first aid to dislodge whatever is blocking their airways.

You always need to be vigilant when a baby is self-feeding.

Introducing solids to a child is a challenging journey for everyone involved. Despite all the benefits of baby-led weaning, you as a parent must choose what method better suits your and your baby’s needs and not feel pressured to select one based or another based on what other parents are doing or what’s expected.

As long as you provide your child with nutritious foods and they’re healthy and thriving, all is good.

Many parents even try a mixed feeding method by combining baby-led weaning and spoon-feeding. In these cases, babies will be allowed to explore food in some meals while also being spoon-fed purees or mashed food at other mealtimes.

The bottom line is that what works for others may not work for you, and vice versa. And that’s ok.

Baby-led weaning has many benefits that you may want to explore, like potentially preventing picky eating and appetite control. But before making any decision, evaluate your reality and consult a medical specialist to get a greater insight on baby-led weaning.

Consulting with other parents who have tried either one of the weaning approaches can also give you a better perspective. 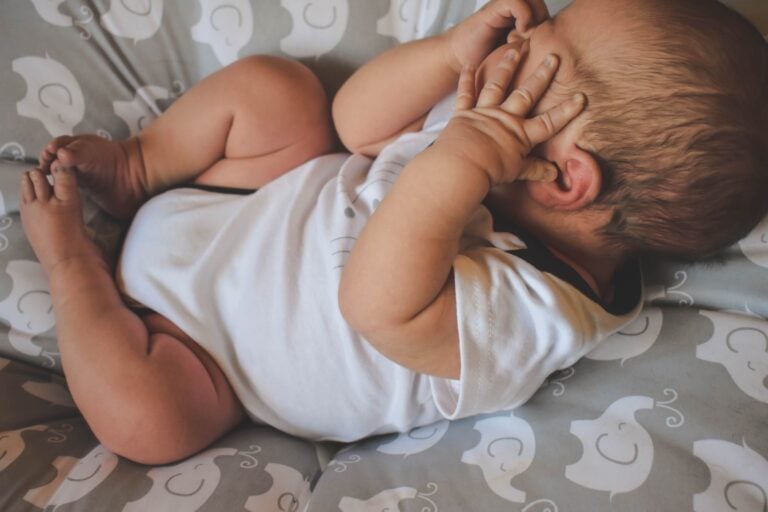 100 Best Middle Names For Sage That Are Modern, Cute And Unique 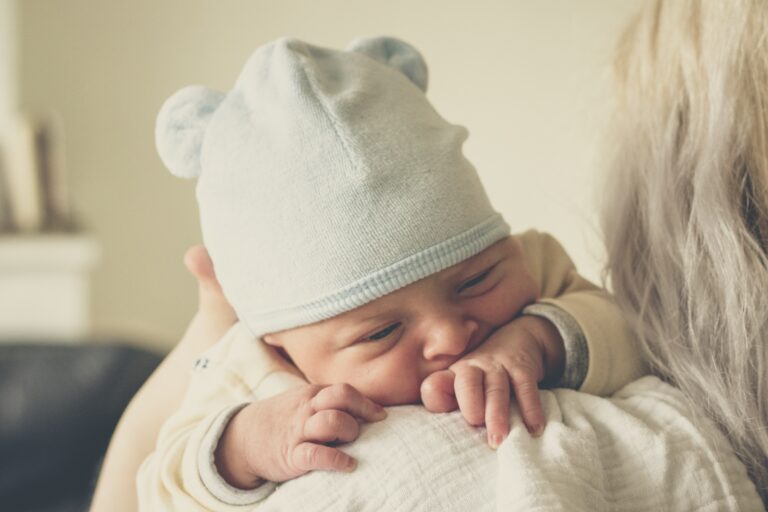 100 Best Middle Names For Juliette That Are Unique And Beautiful

100 Best Middle Names For Paisley That Are Unique, Modern & Cute

100 Best Middle Names For Claire That are Stunning, Unique & Cute

100 Best Middle Names For Daisy That Are Pretty, Unique And Cute 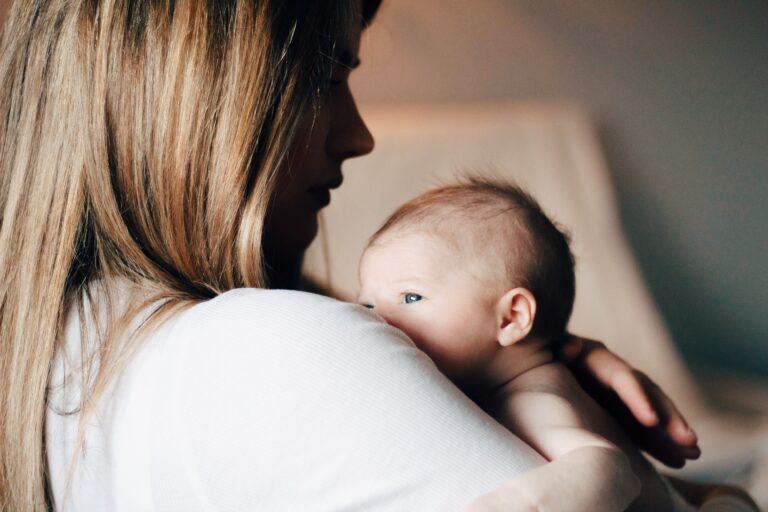 100 Best Middle Names For Liliana That Are Unique, Beautiful And Cute

**Please check your spam folder for our email